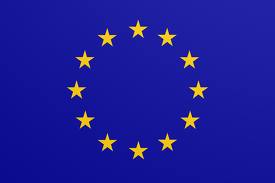 OBJECTIVES: to promote an efficient use of Forensic DNA data exchanged under Prüm by:

1) supporting the implementation of the Treaty in its technical, legal and organisational aspects,
2) developing methods of evaluation of the exchange, and
3) offering recommendations to strengthen Prüm cooperation.

ACTIVITIES: Over 36 months seven organizations (European forensic institutes, universities and Europol) will address the issues described above that are faced by all EU member states, with a focus on Belgium, France, the Netherlands and the United Kingdom. The project’s benefits will be delivered through six activity areas. The first three (T1-T3) will support Prüm implementation, while the remaining activities (T4-T6) will identify the full potential benefits of Prüm by evaluating the exchange of Forensic DNA data, and how to improve both that process and follow-up actions.

T1: Technical implementation of the Prüm DNA exchange through Belgium. This activity will give Belgium the ability to process the DNA hits resulting from exchanging with all other EU countries, by providing adequate staff and IT solutions. It will deliver direct benefits to all member states, both directly through improved cooperation, but also through a freely available support system for processing exchanges more efficiently in all member states.

T2: Technical implementation of the Prüm DNA exchange through France. This activity will develop a procedure to help resolve the problem of false positive matches in the French DNA database. It will not only make the French hit validation procedure more efficient - hereby offering direct benefits to all EU countries - but also lead to recommendations for standardising validation procedures throughout the EU to improve interoperability between all member states.

T3: Gap analysis of the DNA follow-up procedures throughout the EU. This will survey the legal procedures for exchanging follow-up information. It will also assess public policy issues (in terms of validity, utility, cost-effectiveness and legitimacy) that are critical for such exchanges to be possible. It will gather information from all member states to identify options for mitigating or better managing the obstacles (gaps) to cooperation. Best practices to ensure more efficient and harmonised data transmission and follow-up actions throughout the EU will be shared in an EU wide workshop.

T4: Strategic analysis of the benefit of the Prüm DNA exchange. This activity will consist of the spatial mapping of Prüm DNA hits in Belgium, France, and the Netherlands, hereby offering a DNA-based snapshot of transnational offending. The geographical distribution of important transnational crime will be further analysed against socio-economic and political factors as well as the general criminogenic environment to inform recommendations about how the strengthening of Prüm can better prevent, detect and reduce transnational crime.

T5: Operational analysis of the benefit of the Prüm DNA exchange. This will evaluate the forensic utility of Prüm hits by assessing how they have contributed to case resolution. Case studies will be conducted in Belgium, France, and the Netherlands to learn lessons in order to optimise the results of processing Prüm hits by law-enforcement and the judicial authorities.

The mid-80s mark both the discovery of forensic DNA analysis and the signing of the Schengen agreement. On the one hand, forensic DNA analysis consists in identifying individuals through their unique genetic profiles for the benefit of criminal investigations. On the other hand, the Schengen agreement removes the control of most internal frontiers in the European Union, hereby facilitating the movements of EU citizens, regardless of the criminal character of their behavior. It is therefore often perceived as a challenge to law enforcement authorities and a motivation for greater cooperation among EU member states in their fight against criminality. Since the rise of forensic DNA databases in the mid-90s, scientists have worked towards common genetic standards in order to facilitate comparison of forensic DNA data across laboratories and countries. In 2005, seven EU member states signed the so-called “Prüm Treaty” by which, among other law enforcement cooperation measures, they define how to automatically exchange information such as forensic DNA data, in order to tackle transnational offending. Through such an exchange, a so-called Prüm hit can be detected between databases of two countries. A Prüm DNA hit is an indication that a same person may have left DNA material in both countries, in relation to distinct offences. The Prüm system has been transposed into EU law in 2008 through the EU Council Decisions JHA 615 and 616. These decisions implied that all EU member states were to implement Prüm by 2011.

As its name indicates, the PIES project aimed at three major objectives of (1) implementing, (2) evaluating and (3) strengthening the forensic DNA data exchange according to Prüm. The project lasted three years (from 2012 to 2015). It involved institutions in Belgium [(1) the National Institute for Criminalistics and Criminology (NICC-INCC)], France [(2) the Central Directorate of the Judiciary Police / Under-Directorate of Technical & Scientific Police (DCPJ / SDPTS)], the Netherlands [(3) the Netherlands Forensic Institute (NFI), (4) the Netherlands Institute for the Study of Crime and Law Enforcement (NSCR), (5) Leiden University], the United Kingdom [(6) the University of Northumbria and (7) Sustainable Criminal Justice Solutions (SCJS)], and the European Union level [(8) Europol].

The target group that benefited directly from the project consists of 259 persons from 29 countries working around the field of forensic science, criminology, law-enforcement and criminal justice. The other target group that benefited indirectly from the project simply consists of the citizens of the European Union, from the assumed improved community safety that resulted from this project. Six major activity areas were defined. Across these different activity areas, workshops and a conference were organized in the cities of Brussels, The Hague, and Newcastle.

In area I, we implemented Prüm in Belgium. The line of work implied legislative, scientific, organizational and IT development. As a result, Belgium became operational with the Netherlands and France in 2014, leading to thousands of Prüm hits and numerous potential identifications of unknown individuals whose crime scene DNA profiles were in the Belgian database. Moreover an IT system was developed to facilitate the management of hits.

In area II, we examined the issue of false positives in the French database. False positives correspond to cases where two persons exhibit matching DNA profiles. These spurious hits can ultimately be detected by additional DNA laboratory analysis or contradictory operational evidence. A procedure was developed to prioritize the reporting of Prüm hits on the basis of a statistical interpretation of the strength of the evidence and simulations. With such a procedure, the forensic scientists can reduce the workload (by having additional DNA analysis when it is the most needed) and improve their ability to detect false positives.

In area III, we studied the Prüm hits follow-up procedures used in 15 operational member states. The follow-up procedures take place after a Prüm hit has been observed. Either a country decides to request additional information (such as the name of the person) to the other country or is solicited by another country to provide such information. Contrary to the automatic exchange of data, such procedures are not codified in the 2008 Prüm decisions, which implies a potentially great diversity of procedures across nations, which may be the source of problems. Among the observed issues were how the risk of false positives was managed, what channels of communication were used and what types of new collaborations could improve the follow-up. A manual promoting a clearer picture on the diversity of follow-up procedures was produced.

In area V, the effectiveness of Prüm was evaluated in terms of how often an observed Prüm hit would lead to a request for follow-up information, how many responses would be received from a foreign partner, and how impactful for the criminal investigation would the received responses be. The results show that, for sake of relevance, a substantial fraction of the hits do not lead to a request for follow-up information but that a large fraction of the responses received have a positive impact on the criminal investigations.

Finally, in area VI possibilities to strengthen the use of Prüm were examined within the EU policy cycle (the political mechanism by which the EU identifies criminal threats and coordinates actions to tackle them). The use of forensic DNA data to fight organized property crime, and mechanisms to insert information on the Prüm hits in the Europol Information System (EIS) were studied.

Taverne, M. D., & Broeders, A. P. A. (2015). The light’s at the end of the funnel! Evaluating the effectiveness of the transnational exchange of DNA profiles between the Netherlands and other Prüm countries. Paris Legal Publishers.